An Exceptional Tribute to these Champions and their Families

Zayed Higher Organization for People of Determination held a ceremony honoring the national sports team that participated in the Paralympic Games hosted in Tokyo, Japan last August. The champions succeeded in winning three medals: our Paralympic champion Abdullah Sultan Al-Ariani won the gold medal in shooting with the Scotton air rifle, the “R7" category, for 50 meters distance in three positions.

The ceremony, which was held at the organization's Al Ain Club for People of Determination in the Al Ain region, was attended by His Excellency Abdullah Abdulalee Al Humaidan, Secretary General of Zayed Higher Organization. The ceremony was also attended by His Excellency Abdullah Ismail Al Kamali, Executive Director of the organization's People of Determination Sector, and Thiban Salem Al Muhairi, Secretary General of the UAE Disabled sports Federation.  National team members, organization affiliates, and leaders of the organization also attended the ceremony, which included a video presentation of our champions of determination, their achievements and their successful participation in the Paralympic Games.

As part of the ceremony, the families of our champions, honored the athletes by awarding them commemorative medals and bouquets of flowers, while praising their well-earned success.  Followed by taking memorial photos that included the leaders of the Zayed Higher Organization for People of Determination, the foundation's champions and their families.

His Excellency Abdullah Al Humaidan praised the success of our athletes, achieved despite the difficult conditions that preceded participating in the competitions, the period of compulsory suspension of sporting events and tournaments due to the Covid-19 pandemic. This challenge, as well as the strict precautionary measures in place in Tokyo to ensure the safety of everyone, from athletes to technical and administrative staff, highlights the competence and dedication of our athletes and the global competitive standing that they present at all international competitions, particularly the Paralympic Games.

He added: “We extend our sincere thanks and appreciation to our leadership for their constant and invaluable support provided for the champions, without which we could not have reached these remarkable athletic accomplishments. They honored us all by reaching the podiums and raising our nation's flag on the world stage, reminding us all how proud we, and all the people of the Emirates, are of our champion athletes of determination, for their efforts and sacrifices. Those who supported these heroes on their path, are partners in this achievement".

His Excellency Abdullah Al Humaidan stressed that the athletic capabilities of the Emirati “people of determination" will continue to shine at major international events, and to compete for a place on the podiums, with our next primary focus being the Paralympic Games, France 2024.

Athlete's family members expressed their great happiness with this humanitarian initiative by Zayed Higher Organization for People of Determination, saluting the organization and its management for organizing the celebration, and the unconventional and innovative honoring of the athletes of determination. They praised the Emirati athletic achievements of the Tokyo Paralympic Games, especially in light of the challenging conditions resulting from the Coronavirus pandemic, and pledged to continue supporting and encouraging our athletes, working to raise the flag of the United Arab Emirates at all competitions and sports tournaments.

The ceremony was attended by our champion athletes of determination and their families; the gold medalist Abdullah Sultan Al-Ariani and his son Muhammad, Abdullah Saif Al-Ariani and his son Rakan, Saif Al-Nuaimi and his son Muhammad, Sarah Al-Junaibi and her father Muhammad Al-Junaibi and her mother, Noura Al-Ketbi and her mother, Fatima Salem and her sisters, and Ahmed Jassem Nawad and his father Jassem Nawad. The ceremony was also attended by our champion's coaches, shooting coach, Ahmed Bakhsh and athletics coaches Salah Al-Ayouni and Nayla Khamis. 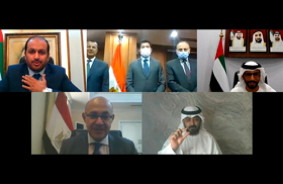 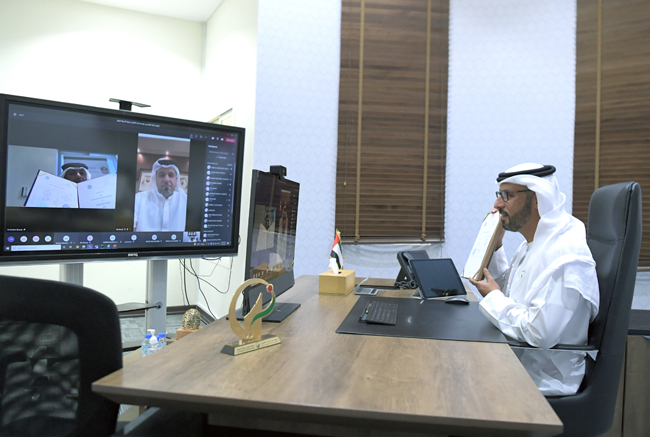 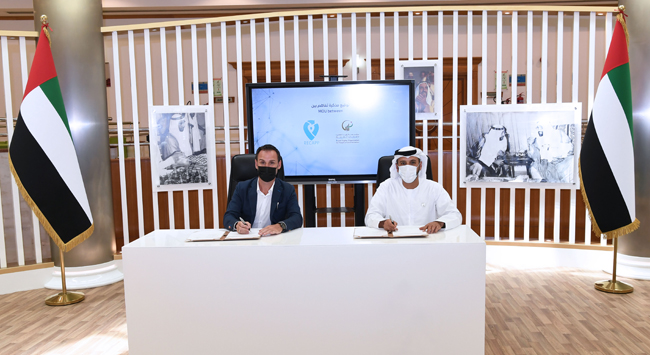